The compression and the pumping speed can be simulated using PI-DSMC. A simulation is more flexible and cheaper than an experiment because it is not necessary to build a prototype and gas supply system.

The left image below shows the interior of a modern turbo pump with the inlet at the top. The pump consists of 5 turbo stages and 5 Siegbahn stages. 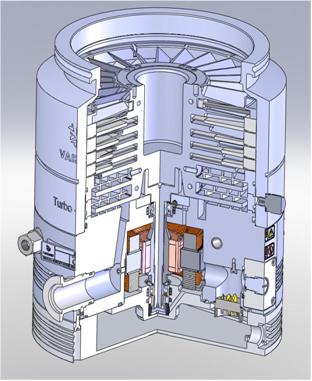 The image below shows a cross section of a Siegbahn stage. The rotor is basically a plain disk while the stator contains spiral ribs forming channels between them. The rotating disk drives the gas through the channels. The spacing between rotor and stator has a significant impact on the performance of the stage. 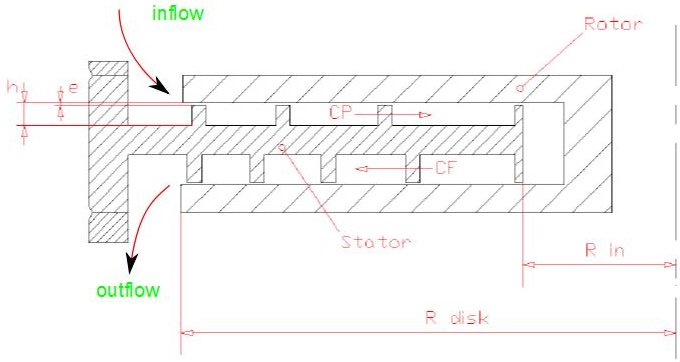 The image below shows a stator with ribs and channels. Obviously, the performance of the stage depends on the shape of the channels. 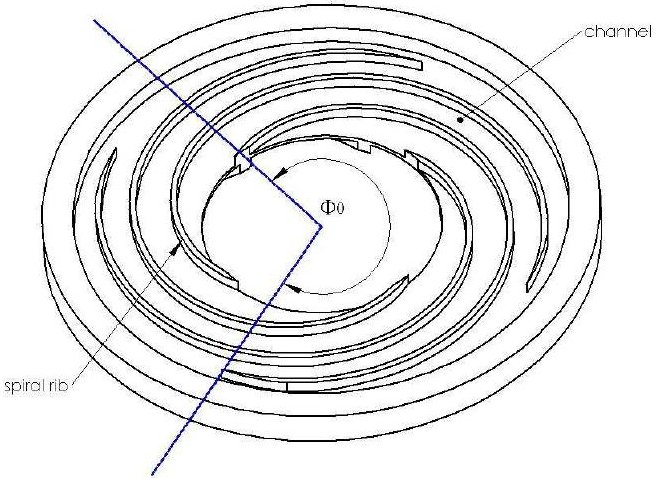 PI-DSMC was used to simulate the 3D gas flow in a Siegbahn stage with a 90 degree rotational symmetry. In order to determine the compression, the pressure at the inlet and the outlet is determined from the simulation.

The two images below shows the radial pressure profile. The direction of rotation of the rotor is such that the gas is driven towards the center. The gas inlet is at the outer radius and the outlet is in the center.
In the simulation, the inlet is closed by a wall and the outlet is a gas interface. The simulation is conducted until the number of simulated molecules reaches equilibrium. In the steady state the pressure at the outlet can be determined. 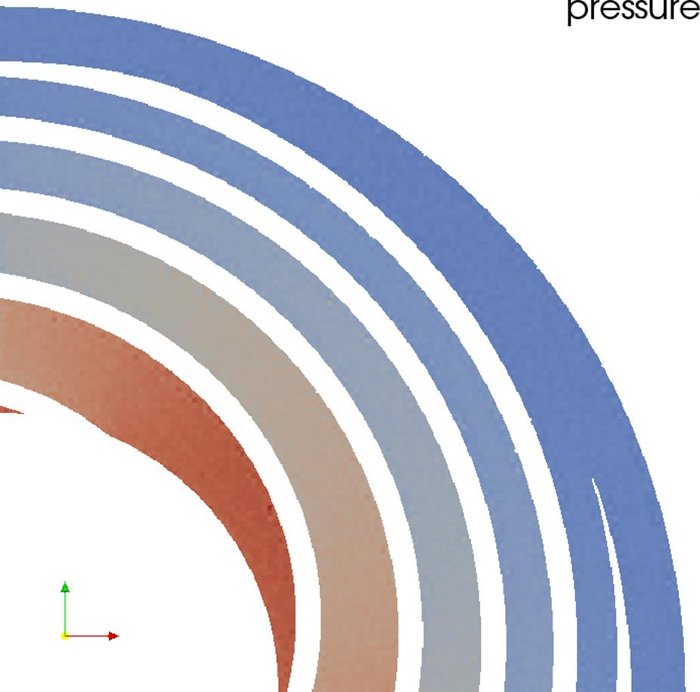 The image below shows the radial velocity profile. The flow speed is high near the rotor (top edge) and low near the stator.

The discussion above also applies to the Holweg stage. PI-DSMC was used to determine the compression and the pumping speed using a standard geometry.