A cryopump is used in vacuum systems when extremely low pressures must be achieved. The pumping effect is due to the adsorption of molecules on an extremely cold surface. Before the molecules adsorb on the wall the gas is cooled by the interaction with another cold surface to reduce the heat flux to the very cold surface.
PI-DSMC was used to simulate the gas dynamics in a cryopump. It is possible to determine the pumping speed and the influence of parameters like the pump geometry, the temperature of the walls, the gas composition and the adsorption probability.

The image below shows the Knudsen number for the gas flow based on the size of the slits (4 cm). The flow near the slits is in the transition regime. Inside the container the molecules are moving almost freely.

The images below show the x and y components of the flow velocity. 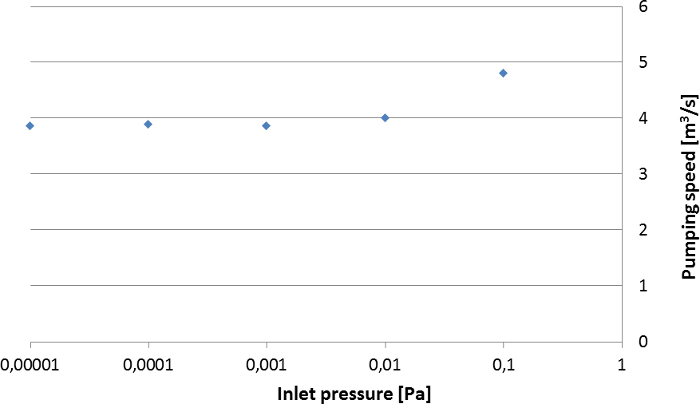 The adsorption probability at the cold wall has a strong impact on the pumping speed as shown in the graph below. 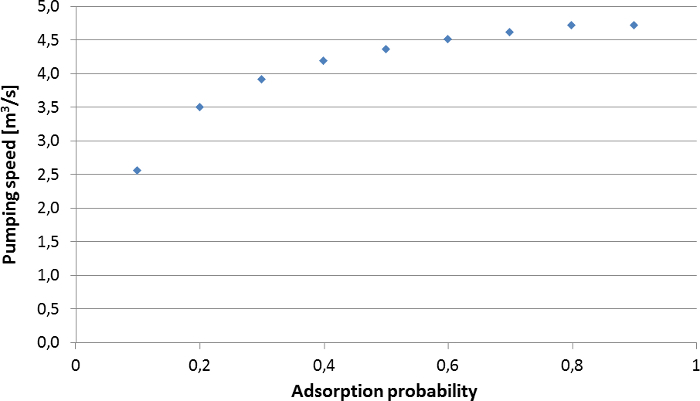 A cryopump can be studied with DSMC simulations. It is possible to optimize the pump geometry with respect to pump efficiency. The pumping speed for gas mixtures can also be studied.